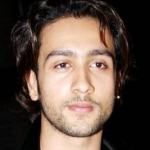 New changes to the 1989 Motor Vehicle Standards Act announced by the Australian Government on 10th February 2016 are going to offer more choices to car importers and save more than $70 million a year for the industry in lower regulatory compliance costs.

There will be a change in the law in such a way that from 2018 a consumer can personally import a new motorcycle or car from another country with comparable standards as that of Australia’s if it meets the specified conditions.

The automobile should be a motorbike or a right-hand drive passenger vehicle, should not be more than 12 months old, and should not have more than 500 km on the odometer.

The countries believed to have comparable standards will be specified by the Australian Government.

Among the right-hand drive countries of the world, the United Kingdom and Japan meet the standards at present. After reaching a comparable standard, other countries may be involved.

According to Paul Fletcher, Minister for Major Projects, more than one million new automobiles are sold in Australia at present; more than 90% are imported and all cars will be imported within two years once General Motors, Toyota, and Ford stop local manufacturing.

With about 30,000 vehicles per year expected to be personally imported, vehicles will continuously be purchased by most Australians that are directly imported by manufacturers and sold through their dealer networks.

These new arrangements will however provide greater options to consumers. For example, if a manufacturer stops selling a specific model in Australia, a consumer can source the model overseas.

Dazmac is an extremely reliable logistics company to import cars and other vehicles to Australia.

The status of importing special purpose, exotic, classic, rare, collectible, and non-standard vehicles will be improved by the changes.

Today, importers are able to import a motorcycle or car under concessional arrangements if it was manufactured before 1st January 1989. Keeping this date fixed would have steadily lessened the scope for importing authentic classic cars in the future.

Read also: When Should You Decide to Change Your Tire?

This rule will allow an individual to import a vehicle that is at least 25 years old.

There will be a renovation in the Register of Specialist and Enthusiast Vehicles for newer automobiles and restrictions will be removed on the number of cars that can be imported by each Registered Automotive Workshop.

In keeping with the deregulation agenda of the Australian Government, the changes will also simplify the routes for importing non-standard automobiles used for special purposes, such as exhibition vehicles, vehicles not allowed for general road use, and mining equipment.

There will be an amendment in the Customs Tariff Act 1995 and the $12,000 special duty on used imported vehicles will be removed from 2018.

As per Mr. Fletcher, though this duty is not often levied, it is there on the statute books, costing higher to administer than it raises, and is considered by consumers as an obstacle to importing used cars even in particular situations where such imports are allowed.

See also  When Should You Decide to Change Your Tire?

No Affixation of Identification Plate Required

The new law has also removed the requirement of physically affixing an identification plate to vehicles. In its place, the details of the vehicle will be kept in a new Register of Approved Vehicles, a publicly searchable online database of new and used automobiles approved for use in Australia.

This step will save an estimated $18 million per year to manufacturers.

All in all, if you are planning to import a vehicle, things have become much easier for you. However, remember to import an asbestos-free vehicle or hire Dazmac for cleaning asbestos in imported cars. Happy import!

When Should You Decide to Change Your Tire?

The Many Joys of Electric Scooter

THANKS FOR THE SUPPORT

Do you have a comment, suggestion or query for us? We’d love to hear from you.

Please fill in the form below and we’ll be in touch with you shortly.

The Best Snack Ideas to Serve Guests This Football Season